I had decided to fit a rollover bar in the interest of safety, but when looking at the prices I though them a bit expensive even though they were still a good idea. Anyway, one day I was talking to Dave about it when he said, “I’ve got one at home that you can have.” When he brought it to my house we could see that it was too wide to fit my car, but the thought was there. I thought about it a bit and decided to cut through it and reduce its width and weld it together at the right size! Why not? It seems a good idea to me anyway. After cutting through with a hacksaw for a bit more control than I would get with my angle grinder, I put the two pieces in place, filed the weld area into a groove so that the weld would penetrate better and I could build it up a bit more if required. After a bit of work filing and welding, I had a rollover bar for next to nothing! 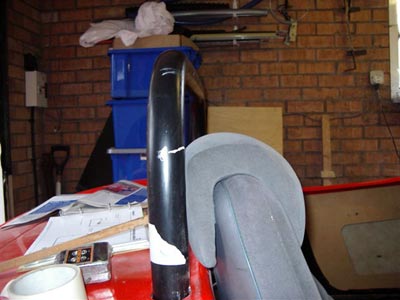 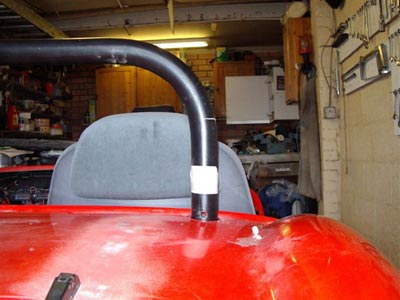 It was a few weeks later when I was sitting in a traffic jam, I looked around only to see loads of rollover bars. They were all round a shopping centre. Yes, the barriers round the car park were what mine originally was! Just think, all shades could be had: yellow, red, blue and even “British Racing Green” maybe!